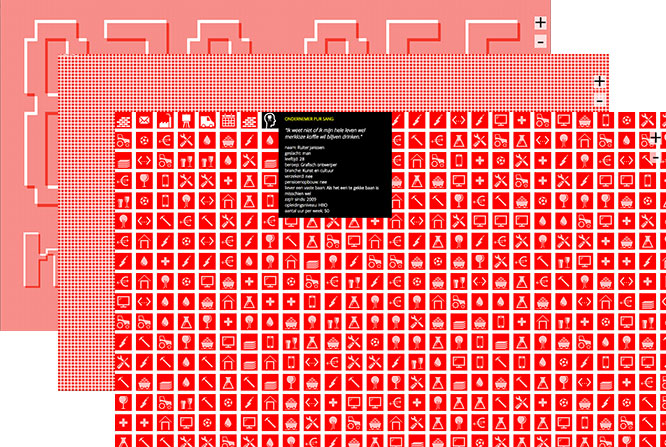 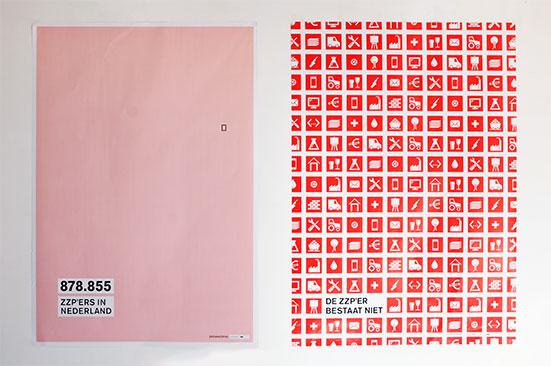 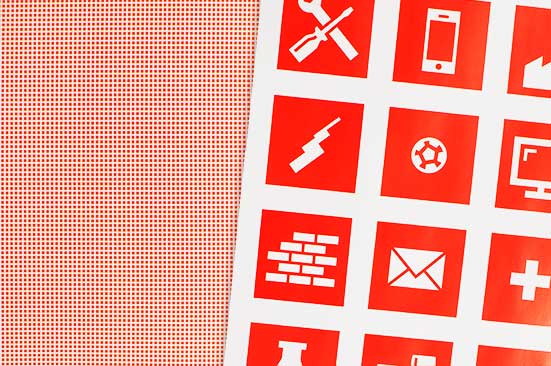 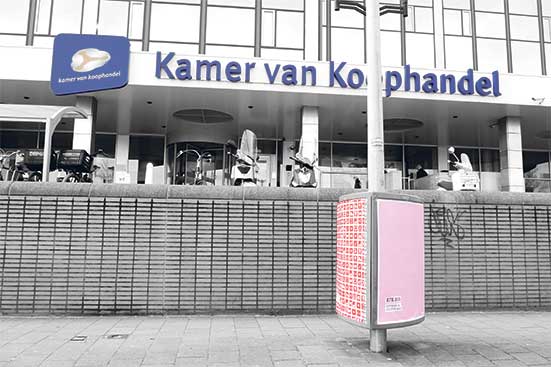 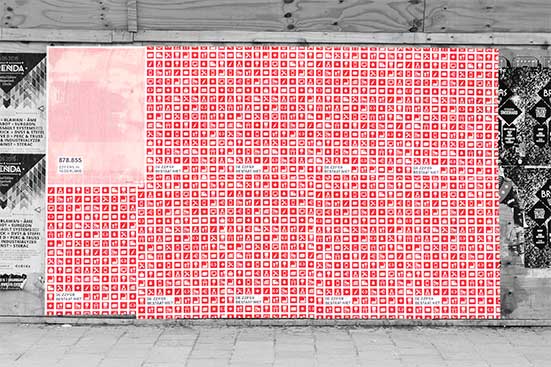 The number of freelancers in the Netherlands grows rapidly. In the beginning of 2015 statistics show more than 875.000 active freelancers. This number increases every year with 50.000 new 'mercenaries'.

Karel Smouter, journalist at De Correspondent wrote an interesting article about freelancers. In his piece he describes a paradox: if the typically individual freelancers want to create better social circumstances, they’ll have to unite. You can imagine that a group of 875.000 people has a much better position to bargain. But since every freelancer is completely different, unifying is not that easy.

‘Zee van zzp’ shows this paradox. Every freelancer is visualised by a pixel, which creates a big red unity of 875.000 pixels. Zoomed in, the diversity of the individual pixels reveals. The website zeevanzzp shows a pilot version of a potential zzp-database, in which freelancers are able to create their own ‘pixel’.