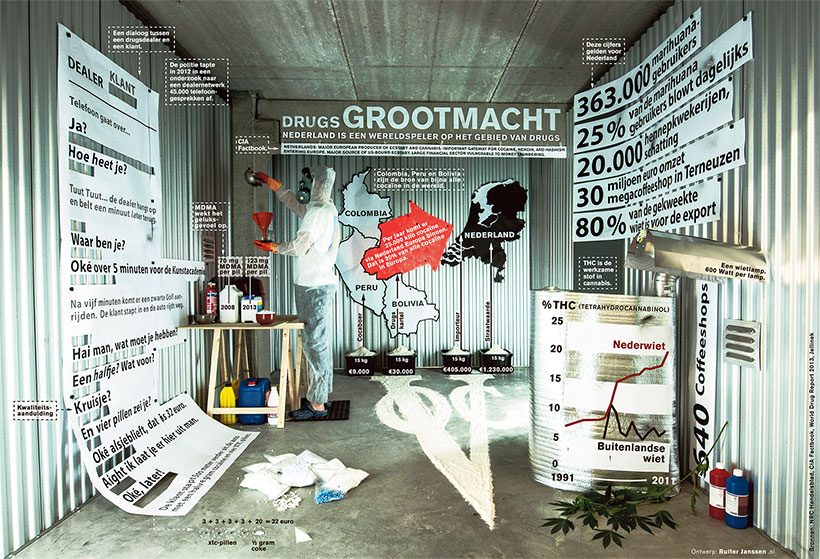 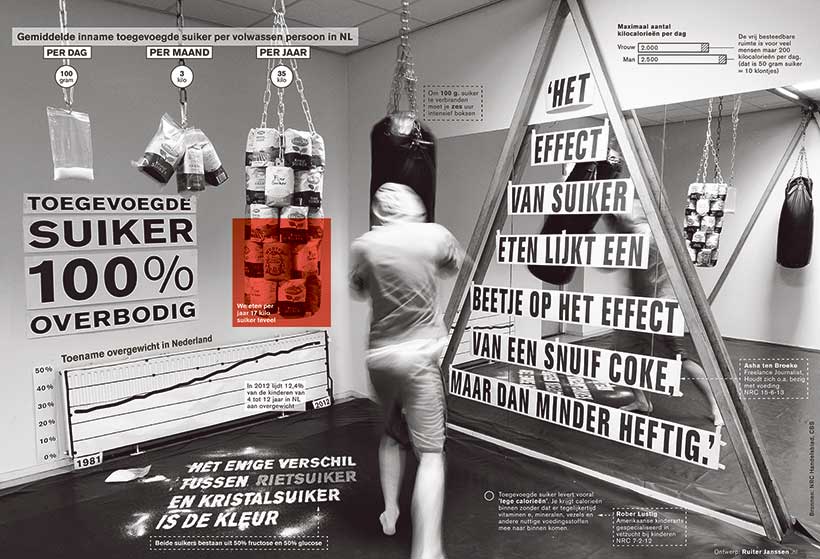 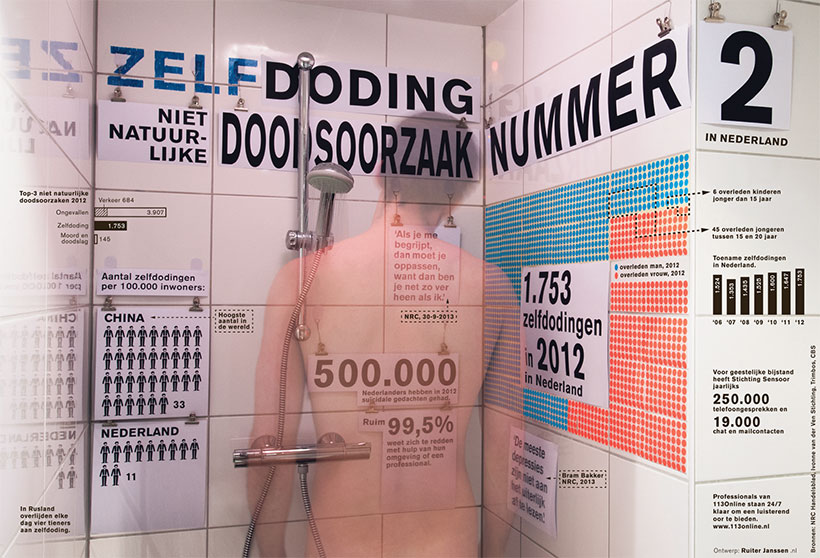 nrc.next offered Studio Ruiter Janssen three empty spreads in their weekend edition. During three months the studio got the opportunity to develop new autonomous work and publish these projects in nrc.next. The series covers three separate themes that caught us while reading newspapers and articles during this period: sugar-usage, the Dutch drug market and self-destruction. With these three data landscapes the studio aims to create more awareness around these topics.

Drug empire: The Netherlands is a large player in the global drug market. 20% of the European cocaine import is Dutch and XTC and cannabis are very popular Dutch export products. The data landscape shows a variety of facts about the Dutch 'Drug empire'. It includes a dialogue with a drug dealer, shows the extreme increase in value of cocaine between farmer and user and shows particular facts about the strength of Dutch cannabis.

Sugar overflow: In the Netherlands an adult eats an average of 35 kilo of added sugar a year. That is about 17 kilo more than a human body can handle. An overflow of sugar is one of the reasons 40% of the Dutch are overweight. In a way, sugar has a lot of similarities with cocaine. It is an extract, white, addictive and unhealthy when consumed in large amounts. Both substances give a satisfying feeling although sugar is not as fierce as cocaine.The data landscape puts sugar in an unfavorable perspective and shows that sugar is not as sweet as we often think it is.

Self-destruction: The last few years the amount of people committing suicide in the Netherlands has increased. Still, this topic is often considered a taboo and for most people it is impossible to get an understanding of what people are experiencing in this situation. With this data landscape we want raise attention to the severeness of this topic. Data shows that there are at least 500.000 people who have or have had suicidal thoughts in 2012.